The Secret To Great Service

The Secret To Great Service…Happy Employees! 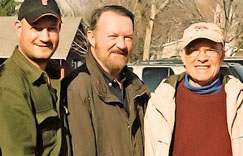 At VEO Energy Systems we believe that great service starts with great employees – people who care, and who have desire and experience to do the job right. Employees who feel they’re treated well and fairly will treat customers the same way. An experienced employee will be more likely to do each project right the first time, avoid repeat visits and advise customers.

That’s why we encourage our people to think of their work as a career, not just a job. The result? Our employees have been with us an average of 25 years. It’s even common for employees to be with us long enough to retire, which is pretty rare these days.

Generation after generation, our family owned company has kept up this tradition of employee appreciation. Weâre proud of all of them and the work they do. In the end, it is their pride and professionalism that provide customer satisfaction and success at VEO Energy Systems.

For three generations, Van Etten Oil Company has been providing quality fuels and service to our customers. In the late 1920’s Richard Van Etten worked for the Texas Company (Texaco) as a salesman and bulk plant agent. Ten years later he was promoted to consignee of the Texas Company’s plant located next to the Monticello N.Y. train depot. In 1944, Mr. Van Etten founded Van Etten Oil Company with an 800 gallon, 1938 Chevy tank truck to serve the Sullivan County area with quality motor fuels and lubricants.

Today Van Etten Oil is closing in on 80 years of service. Janâs son,Â Eli Van Etten, has followed in the family tradition and joined the business in 1998. Eli Van Etten is the Vice President of the company. Eli Is the current President of theÂ Empire State Energy Association (ESEA)Â and a former President and current board member of theÂ Hudson Valley Oil and Energy Council (HVOEC). Eli is also a board member of theÂ NY Propane Education & Research Council (NYPERC). Eli has developed theÂ VEO Energy SystemsÂ brand with the 2010 introduction of the companyâs propane gas services. Throughout the decades VEO has expanded while not losing sight of the satisfaction of serving our customersâ needs.

Highly recommend VEO!! I was referred to them by a relative and so glad I called! From the initial call itâs been a pleasure to deal with every person Iâve been in touch with. I am especially pleased with Mike , he was the first person I met when he came out for the site visit. He is very attentive to all my questions and is absolutely a very knowledgeable person in the industry. Then the installation of my propane tank by very personable and knowledgeable guys!! They ran all the lines for my heating system as well as a line for the generator and BBQ!! If in need for a propane or oil supplier call VEO!!